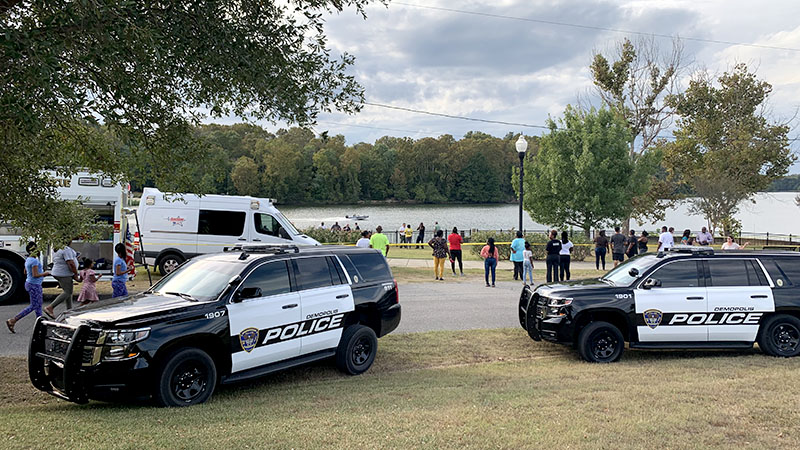 At approximately 3:14 p.m. Friday, first responders were called to the scene of two drownings at the Demopolis City Landing involving local students.

Demopolis Police Officers and Demopolis Fire and Rescue were the first to respond to the City Landing upon receiving a call of an accidental drowning. Upon arrival, officials found one female visible in the water. Officials were able to pull her from the water with no serious injuries, according to Demopolis Police Chief Rex Flowers.

Responders were told that other subjects remained in the water, but attempts to locate them were unsuccessful. The Tuscaloosa Fire and Rescue dive team and the ALEA Marine Police Division were called to assist and they later recovered two victims from the water, one male and another female. They were pronounced dead by the Marengo County Coroner.

“The three people involved in this tragic accident were determined to be students of Demopolis High School. They had gone to the city landing after school dismissed early at 11:30 a.m. We would like to ask that everyone please keep the family, friends, students and staff members of the Demopolis City Schools and our community in your prayers,” Flowers said.

The names of the victims are beheld withheld at this time out of respect for the families.

Demopolis City School officials expressed their condolences to the families and said they are working to provide additional support for students upon returning to school on Tuesday, Oct. 15.

“Monday is a scheduled day out of school for students, however, additional counselors will be available Tuesday when our students return to school. We ask that you continue to pray for the families, friends and loved ones of the students we lost today.”

As word of the tragedy spread, school officials announced that the Demopolis High School football game against Tuscaloosa Central would be postponed until Saturday at 11 a.m.

The Demopolis Times will continue to update this story as more details are confirmed.