Terry Michael Wendell, 73, died on Tuesday, Dec. 23, 2019 at Grandview Medical Center in Birmingham after a long battle against pancreatic cancer. 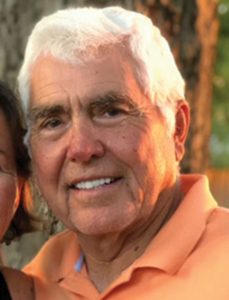 Terry was born on Nov. 26, 1946 in Holdrege, Nebraska. Terry grew up and graduated high school in Holdrege. He then entered the Army where he learned to fly and was a veteran of the Vietnam War. After serving in the military, he worked several jobs as a pilot before moving back to Nebraska to help run the family agricultural business. He then got a masters in business administration. Terry started his own business and went on to build thriving businesses in Nebraska, Kansas, and Arizona before making his final move to Demopolis in 2013. Terry saw an opportunity to help transform agriculture in the Black Belt by bringing his midwestern farming practices to the South. He spent his final years of life working hard on his mission and observing the fruits of his labor from the air in his Cessna 177.

Funeral services were held graveside at St. Michael’s cemetery in Faunsdale at 11 a.m. on Monday, Dec. 30. Mrs. Jan Wendell greeted guests at their home following the service in Faunsdale.

In lieu of flowers, memorials may be made to St. Michaels’s cemetery Saint Michaels Cemetery, in care of – Coleman Rankin Krusmark at 5430 County Road 51, Faunsdale, AL  36738 or a charity of your choice, in Terry’s honor.