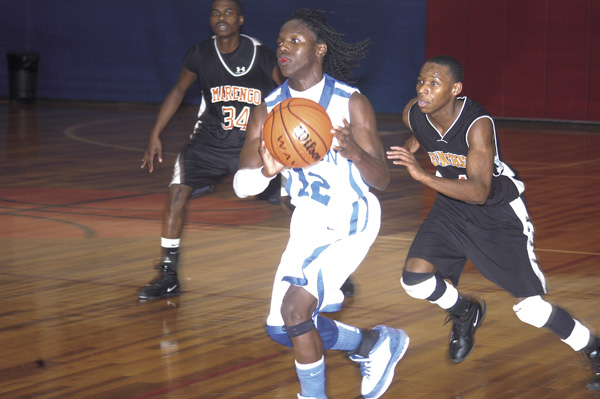 Linden amassed a 20-8 lead in the first quarter before Marengo drained a jumper to beat the game’s first buzzer and cut the lead to 10 points. The shot ignited a Panther outburst, sparking an 11-0 run and slicing the Linden deficit to 20-19.

Marengo won the second quarter 16-13, working its deficit to 33-26 as it headed into the locker room.

The Panthers never got any closer as Linden surged out of the locker room, utilizing its quickness and heady guard play to beat Marengo at both ends of the floor.

Linden’s seemingly endless transition game was enough to put Marengo away and hand the Patriots the No. 1 seed heading into the Class 1A, Area 4 tournament.

Linden’s Shauka Reese led all scorers with 16 points while also dishing out four assists. Anthony Robinson scored 15 points and shared the ball to the tune of seven assists.

Gerald Bruno had 12 points with eight rebounds and six assists while Demetrius Craig scored 10 points, grabbed six rebounds and had five steals in the contest.

Anthony Kennedy anchored Marengo in the middle with 12 points and 16 rebounds in the loss. Marcus Lucy contributed 12 points while Quentin Hazewood finished with 11 points and four blocked shots.

The win was the sixth straight for the Patriots, a run that has seen them outscore their opponents by a total of 144 points.

Linden, which wins the regular season area title for the second time under second-year head coach Roosevelt Moore, has won eight of its last nine games.