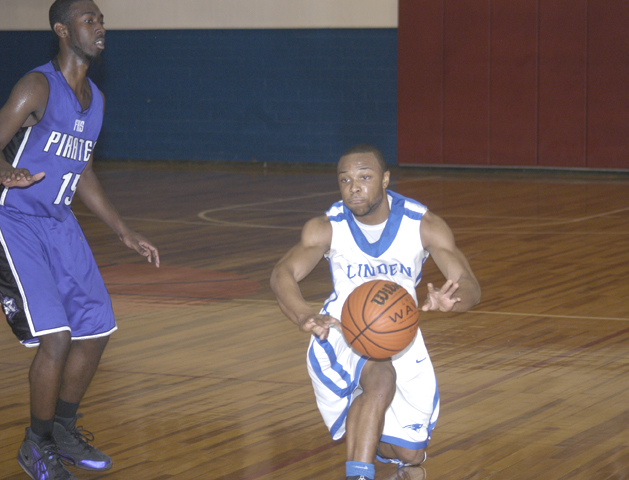 LINDEN — The Patriots sagged in the second quarter but never relenquished a double-digit lead en route to a 65-23 win over Fruitdale in sub-regional play Friday night.

In the second frame, however, Linden appeared to lose its edge, scoring only six points in the eight-minute period.

“We went up on Fruitdale in the first quarter and I felt like we took the second quarter off,” Linden head coach Roosevelt Moore said. “Second half, we just came out and executed.”

The Patriots’ second half execution saw the team hold Fruitdale to five points in the third quarter and two in the fourth while primarily sticking to their reserve unit.

Kendarius Fritts led all scorers with 15 points for the Patriots to go along with five rebounds, four steals and three assists.

“It s tarts with your preparation,” Moore said. “I knew he was going to have to come up big for us in the playoffs.”

Shauka Reese added 11 points for the Pats, finding nine of them from beyond the arc.

The win advances Linden to the South Regional where it will meet J.F. Shields Thursday at 10:30 a.m. at the University of South Alabama.

“Last year we got to this point. We were up by 10 or 13 at half and we lost by four,” Moore said of his team’s late-game collapse against Holy Spirit in last season’s sub-regional round.