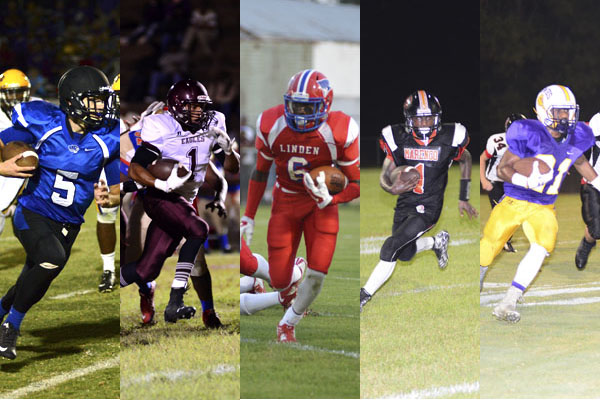 Every two years the Alabama High School Athletic Association (AHSAA) undergoes reclassification for the schools and the athletic programs to maintain competitive balance based on enrollment.
The 2016-2018 Alignments were released on Jan. 20 and there were some moves for the AHSAA in the county.
Demopolis High School remained in 5A but moved over to Region 3 as part of a shift that also saw Sumter Central, Jemison, Dallas County, Central Tuscaloosa, and Calera move to region the region as well. Marbury is the only returnee to the region.
“You play where they tell you to play,” said DHS Head Coach Stacy Luker. “It’ll be a good, competitive region and we’ll schedule competition outside of region.”
The Tigers won 5A Region 4 last season in Luker’s first year over the program.
Competition is sure to be fierce in 1A Region 1 as the region will feature four Marengo County programs as Linden and A.L. Johnson move over from Region 4 and Sweet Water returns from 2A Region 1 to join the Marengo Panthers in the region.
MHS Head Coach Eberne Mythil mentioned that five teams in this region made the playoffs last fall.
“Competition is only good for you in football,” said Mythil.
There will be plenty of competition in the region as one of the new comers, the Linden Patriots, finished in the state semi-finals before falling to the eventual State Champions Maplesville Red Devils.
“It should be that was and it should be interesting,” said LHS Head Coach Andro Williams.
For the Sweet Water Bulldogs, it’ll be a return to 1A competition after four years in 2A.
“Still in a tough region, but excited to be back in 1A,” said SWHS Head Coach Pat Thompson. “We didn’t mind the being there, but we did mind being the smallest 2A school.”
A.L. Johnson Head Coach Johnney Ford was also quick to point out the other advantage to having all of teams reclassified together. Next season, the Eagles along with Linden, Marengo, and Sweet Water being all in the same area for basketball season.
“Basketball is going to be good too with everyone together,” said Ford. “That’s six games right there in Marengo County that all matter to the postseason.
Joining the four local schools in 1A Region 1 are Fruitdale, J.F. Shields, McIntosh, and Millry who were all in the region in the previous two seasons.
With 1A Region 1 being a full eight-team region, the teams will have an easier time scheduling non-region opponents than in previous years. Last season, Linden and A.L. Johnson both had to find ways to fill their schedules while playing in a five-team region.
So far, only one game has been determined for the 2016 season and will be played on Thursday, Aug. 18 when the Demopolis Tigers face Hilcrest-Tuscaloosa at the Cramton Bowl in Montgomery starting at 7 p.m.