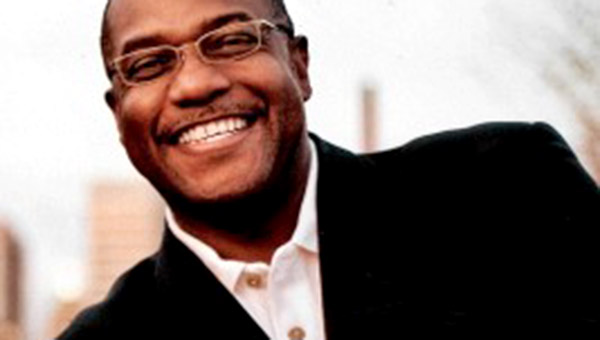 Former University of Alabama All-American and NFL player Bobby Humphrey will be the guest speaker at Wild Game Supper hosted by the Men’s Ministry of Linden Baptist Church on Feb. 12

Two-time All American and former Alabama Crimson Tide running back Bobby Humphrey will be this year’s special guest for the 21st Annual Wild Game Supper to held at Linden Baptist Church Friday, Feb. 12 at 6 p.m.
Tickets for the event sponsored by the Men’s Ministry of Linden Baptist or $5 per person and the church can fit as many 750 people.
The entrance fee is not going towards a fundraiser, but to cover some of the costs of staging the event.
Everyone is invited to the event that is billed as fun for the entire family.
There will be door prizes given, which a person must be present to receive.
Two grand prizes will be given with the youth grand prize winner for ages 6 to 15. The youth prize is a $250 Willingham Sports Gift Certificate and the adult grand prize will be a $500 Willingham Sports Gift Certificate.
Bobby Humphrey, the speaker of honor for the event, was named an All-American following his 1986 and 1987 seasons with the Crimson Tide. He finished as the all-time leader with 3,420 rushing yards before being surpassed by current leader Derrick Henry and Shaun Alexander in 1999.
The Denver Broncos drafted Humphrey in the first round of the 1989 NFL Supplemental Draft where he rushed for 1,151 yards and seven touchdowns for the team that finished runner-up in Super Bowl XXIV. The following season ended with a Pro Bowl selection as Humphrey rushed 1,202 yards and seven more touchdowns.
Tickets to the Wild Game Supper are available at Lane’s Tire & Muffler at the Linden and Demopolis locations as well as Linden Baptist Church.
For more information call the church at 334-295-4278 or visit www.lindebaptist.net.
Linden Baptist Church is located at 100 Abbott Street.