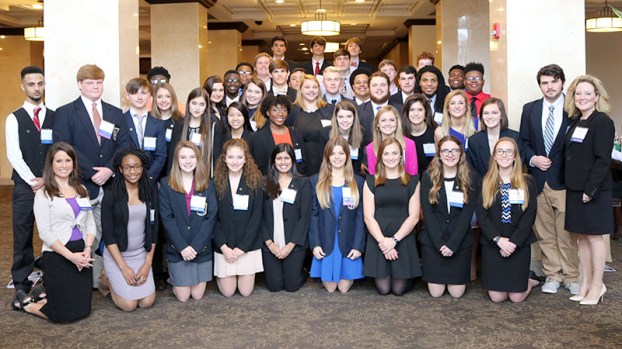 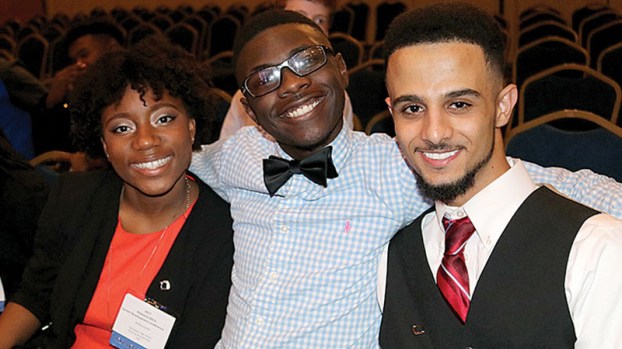 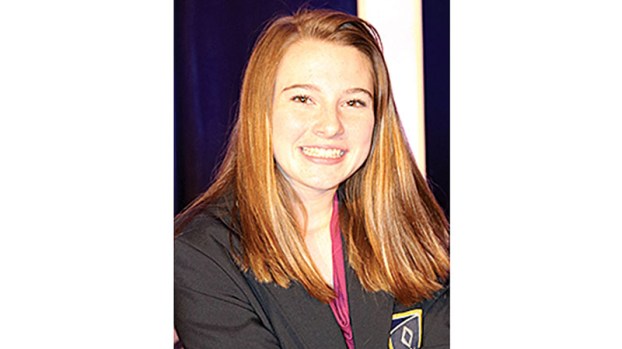 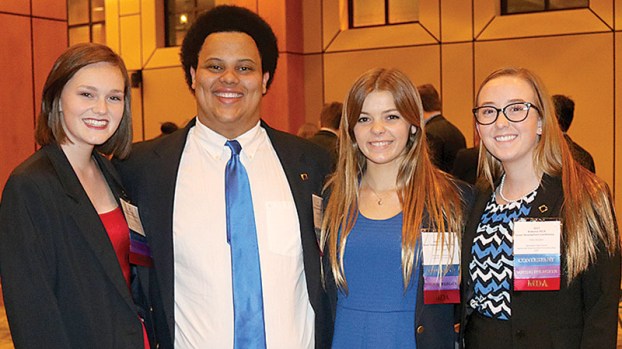 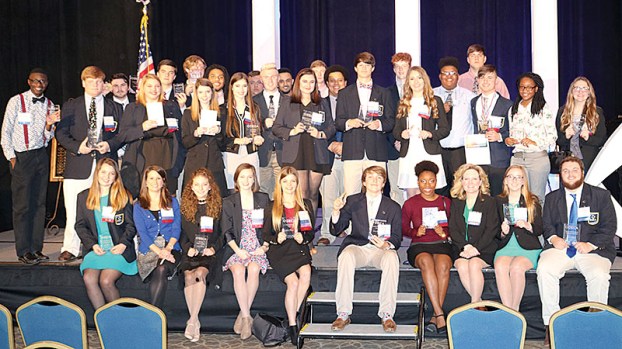 The Demopolis High School DECA Club brought home a total of 23 awards from the State Career Development Conference held in Birmingham Feb. 22 and 23.

A total of 43 students went on the trip and competed in entrepreneurship, business administration, marketing, finance and hospitality tourism.

Projects were done throughout the school year by DECA members and the head of those projects compiled a 30-page paper and gave a 15-minute presentation in Birmingham to show what they learned.

“It’s pretty impressive, the amount of work it takes to get to this level,” said DECA Advisor Connie Davis.

Along with winning on-site and written competitions, DECA also won the State Impact Award, which was the first of its kind, for a “Their Story” video.” In that video, students had current and former DECA students talk about how the group changed their lives.

The chapter also won recognition for their Community Service Public Relations campaign for their work with the 2016 Christmas on the River.

Davis seeks help from the community to give the students real-world assistance. For example, Rick Dunn of Robertson Bank was brought in to help the group with finance topics.

“We had a lot of partnerships with the community to help with these projects,” said Davis. “They’re doing real work and that’s what this program is all about.”

Doing the real work helps students in the long run and adds to having an invested interest in the work.

“The real work pays off and the kids find true value and ownership in their work,” said Davis.

Aside from all of the group accomplishments, Brionna Howerton was elected District 1 Vice-President. The junior will serve her term during the 2017-2018 school year. Howerton well be responsible for leading and guiding DECA during state events and serving as an emcee  at those events

“I’m very excited … kind of nervous but just excited for the experience this going to bring and the opportunity,” said Howerton.