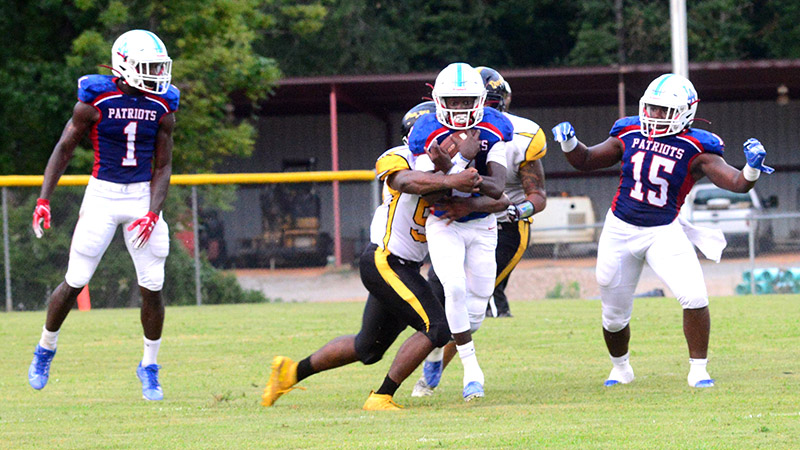 After taking an early 2-0 lead with a safety, the game between the Linden Patriots and Wenonah Dragons was postponed to Saturday when the Patriots had troubles getting into the endzone, falling to the 5A Dragons, 14-8.

The Patriots held a late lead in the final minute before Wenonah hit a 45-yard touchdown pass to come from behind.

Linden drove into the red zone five times, scoring only once.

Linden will look to rebound as they travel to Sumter Central on Friday, August 30. Kickoff is 7 p.m.