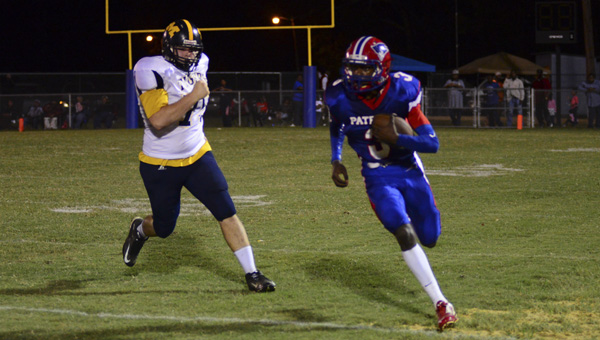 Mckenzie got ahead early, but the Linden Patriots used their traditional brand of physical football to wear down the Tigers and claim a 38-28 victory in the first round AHSAA 1A playoff game.
“I’m proud of our guys for fighting through adversity and finding a way to win,” said head coach Andro Williams
Penalties hurt the Patriot offense early and kept them off the board in the opening quarter.

For more details see the Saturday, Nov. 7, print edition of the Demopolis Times.